From time to time here at exaqueo we like to conduct interviews so we can gain different perspectives in the industry. As a liberal arts student myself, I found it particularly interesting to ask George Anders a few questions about his latest book, “You Can Do Anything: The Surprising Power of a Liberal Arts Education.” His high regard for this educational approach and his advice on how to approach a job search with a liberal arts degree are not only encouraging but will serve students and recruiters alike and improve their odds for success.

George Anders a contributing writer at Forbes, exploring issues related to careers, education and innovation. He is the author of six books, the most recent of which, “You Can Do Anything: The Surprising Power of a Liberal Arts Education,” is the subject of this interview. Earlier in his career, George served as a staff writer or editor for The Wall Street Journal, Fast Company magazine and Bloomberg View. In 1997, he shared in a Pulitzer Prize for national reporting. He and his wife live in northern California. Their two sons are starting their own college adventures.

You Can Do Anything explains the remarkable power of a liberal arts education – and the ways it can open the door to thousands of cutting-edge jobs every week. The key insight: curiosity, creativity, and empathy aren’t unruly traits that must be reined in. You can be yourself, as an English major, and thrive in sales. You can segue from anthropology into the booming new field of user research; from classics into management consulting, and from philosophy into high-stakes investing. You can bring a humanist’s grace to our rapidly evolving high-tech future.

EM: Companies these days are not exactly elbowing one another aside in a race to hire liberal-arts graduates. Campus job fairs tend to focus on students with business, engineering or other pre-professional degrees. Why is this so, and is there any reason it should change?

GA: I see two different routes by which college graduates find promising corporate jobs. For pre-professional majors, everything resembles a four-lane highway. Famous employers like Google (software engineers) and Deloitte (accountants) visit a lot of campuses, with very specific needs. These recruiters carry out a company-wide hiring strategy that can be implemented at scale. College career offices are glad to facilitate, by steering students with the right pre-professional majors to the right employers.

By contrast, the journey to the right job for liberal-arts majors is more like a winding country road. The companies with the best jobs seldom set up job-fair booths, because their hiring needs are too idiosyncratic, or because they are disinclined to set recruiting goals far in advance. Yet they still want bright college graduates anyway.  In researching this book, I was surprised to realize how much liberal-arts hiring happens informally, as the result of personal networking. Smaller businesses, nonprofits and local hiring managers mightn’t even post job openings; instead, they improvise the boundaries of a new job after meeting impressive candidates in improvised contexts.

I think this two-track system has far more promise than most people realize. Employers don’t say: “Wouldn’t it be nice if we had an English major on our marketing team – preferably someone who studied Jane Austen?” But when they meet someone who writes well, speaks persuasively and is good at figuring out other people, job offers happen. That’s when the emerging Jane Austen scholar gets the job.

I tell a lot of stories in the book about such hires. My hope that both candidates and employers will make fuller use of the “country road.”

EM: Talk about the handful of companies that do seek out liberal-arts graduates in their hiring. What do they know that their peers don’t?

GA: A fascinating example is Morningstar Inc., a Chicago financial-research firm. Its founder, Joe Mansueto, is a University of Chicago graduate who majored in business but named his firm after a famous reference in Thoreau’s “Walden Pond.” Morningstar’s roster of analysts includes a surprising number of people who majored in fields such as classics, philosophy, international relations and religious studies.

These analysts have picked up a core understanding of finance along the way, but they season it with lively analogies and a deep search for truth. They know how to be both insightful and interesting. Morningstar also has been surprisingly nimble in starting new product lines and expanding beyond its core business of mutual-fund reports. The restless nature of liberal-arts majors may have something to do with that.

EM: Can companies build an effective employer brand by being renowned for their liberal-arts hiring? Why or why not?

GA: Among the very biggest companies, Nike, Apple, Starbucks and Disney have some noticeable liberal-arts strands in their culture. I think that’s most useful when creativity, empathy and a desire to break away from the pack are important parts of a company’s identity. But a liberal-arts theme isn’t for everyone. In companies that build their brand around unfailing reliability, relentless financial discipline or world-class engineering, trying to layer in a maverick creative streak would be distracting at best, and outright counterproductive at worst.

EM: What advice do you have for college seniors graduating with a liberal arts degree? How should they market themselves to employers?

GA: I’ve got three suggestions. First spend a lot of time getting to know people in the field, rather than sending out endless copies of your resume to strangers. Reach out to recent alumni via LinkedIn, or via suggestions from your professors or career advisers. Set up a wave of informational interviews, where you learn about how your chosen field works, and what skills are prized. Ask people for advice about how to be a good candidate. I’ve seen this start opening doors in fields as diverse as publishing, consulting, city government, digital marketing and hospitality.

Second, get good at telling your story. Employers like to identify people who can take initiative, or who have rebounded from setbacks, or who can help build winning teams. Comb through your experiences in the classroom, in campus activities and in summer jobs until you’ve got some good examples to share. Practice your interview technique with friends or coaches. Your counterparts in the engineering school will get hired on the basis of their “first transcript” – the classes that they’ve taken. You’re more likely to get hired on the basis of your “second transcript” – the life experiences that mark you as an energetic, pragmatic doer.

Third, sneak in a few practical skills on the side. Get good at a few of the software mainstays of office culture (whether it’s Excel, Salesforce, Photoshop, Marketo or some other tool). You don’t need to turn yourself into an office drone, but you won’t be able to make the equivalent of beautiful music on the job unless you know your way around the keyboard.

EM: What are three job categories where liberal-arts graduates are most likely to thrive? Why?

GA: Digital marketing is a booming field, thanks to the rise of social media and the older generation’s dread that it’s all too complicated. Opportunities can be as simple as managing companies’ Twitter feeds, or as intricate as coordinating multi-platform initiatives.

The high end of sales is worth a close look, too, especially in areas where you become a trusted subject expert for your customers. Whether you studied history or Spanish literature, you’ve gained the ability to learn a new domain in a hurry, and to talk about it with engaging authority. That’s transferable to almost any industry.

Finally, if you’ve got strong people skills, the human-relations sector is rich with opportunities. Getting involved in training and development is one such path; recruiting and talent acquisition is another. Even benefits design and administration has come a long way from the days of calculating pension accruals. Yoga, anyone?

EM: When might liberal-arts graduates be poor fits with a company’s mission or culture?

GA: One undeniable instance involves highly technical work. A builder of military aircraft needs aeronautical engineers, not literature majors who have read Antoine de Saint-Exupery’s “Wind, Sand and Stars,” even if it is a wonderful book. The same argument holds in fields such as biotechnology, petrochemical engineering and so on.

More broadly, the book’s examples of liberal-arts successes focus mostly on service-sector enterprises and branded consumer goods. That’s vast territory, covering everything from McKinsey and the big banks to ad agencies, media, leading foundations and fast-growing Internet sensations such as Facebook, Etsy and WikiHow. But examples of winning pairings in traditional manufacturing are a lot harder to find. In fields where successful processes are well-established and careful execution is the key to success, it’s harder to make a case for the wide-ranging originality of a liberal-arts graduate.

EM: What about students with double majors (or a major/minor blend) in areas such as “economics plus French”?  Is there value to straddling the liberal-arts and pre-professional tracks?

GA: Glad you asked! I’m impressed with the power of people who can combine two different ways of looking at the world inside a single brain. Facebook in its earliest years was famous for hiring software engineers that could work well amid ambiguity – which actually is not a standard description of engineers at all. The most successful such engineers tended to have deep interests in music, screenwriting or other fields with a liberal-arts tinge.

On a personal note, one of our sons is halfway through college, with a declared major in business economics – and a fondness for taking philosophy classes on the side. He likes wrestling with big ideas, and he enjoys a good argument. Even in his summer jobs, he has found that the philosophy students’ fondness for peeling back questions to their root assumptions has helped him make sure his feet are pointed the right way on complex projects. Besides, he’s more likely to be the memorable candidate in a job interview if he can liven up a conversation about the “sales funnel” with an allusion to the writings of John Rawls.

EM: What inspired you to write this book?

GA: I’m contacted each year by alums of my old college (and high school!) who are trying to find their way in the workplace. Many of them have a liberal-arts focus. They are bright, focused, capable people who aren’t sure how to get noticed by employers. It’s exciting to be able to offer them some new strategies, but frustrating to see so many getting stuck. Meanwhile, in my day job writing for publications such as Forbes magazine, I keep coming across executives who feel they can’t find the right talents when hiring recent grads.

This mismatch is so fixable! The right job placements are within reach, if only candidates and companies could figure out how to communicate better with one another. We’ve got an excellent college-to-career pathway for technical jobs, but we’ve fallen behind in making good use of non-technical folks who bring traits such as curiosity, creativity and empathy to the workplace. I wrote “You Can Do Anything” in the hope that some of the book’s pointers could improve everyone’s odds of success.

exaqueo is a workforce consultancy that helps startups and high-growth companies build their cultures, employer brands and talent strategies. Contact us to learn more about how we can help you build a workforce that’s aligned with your company culture and develop an employer brand that will allow your business to scale the right way. 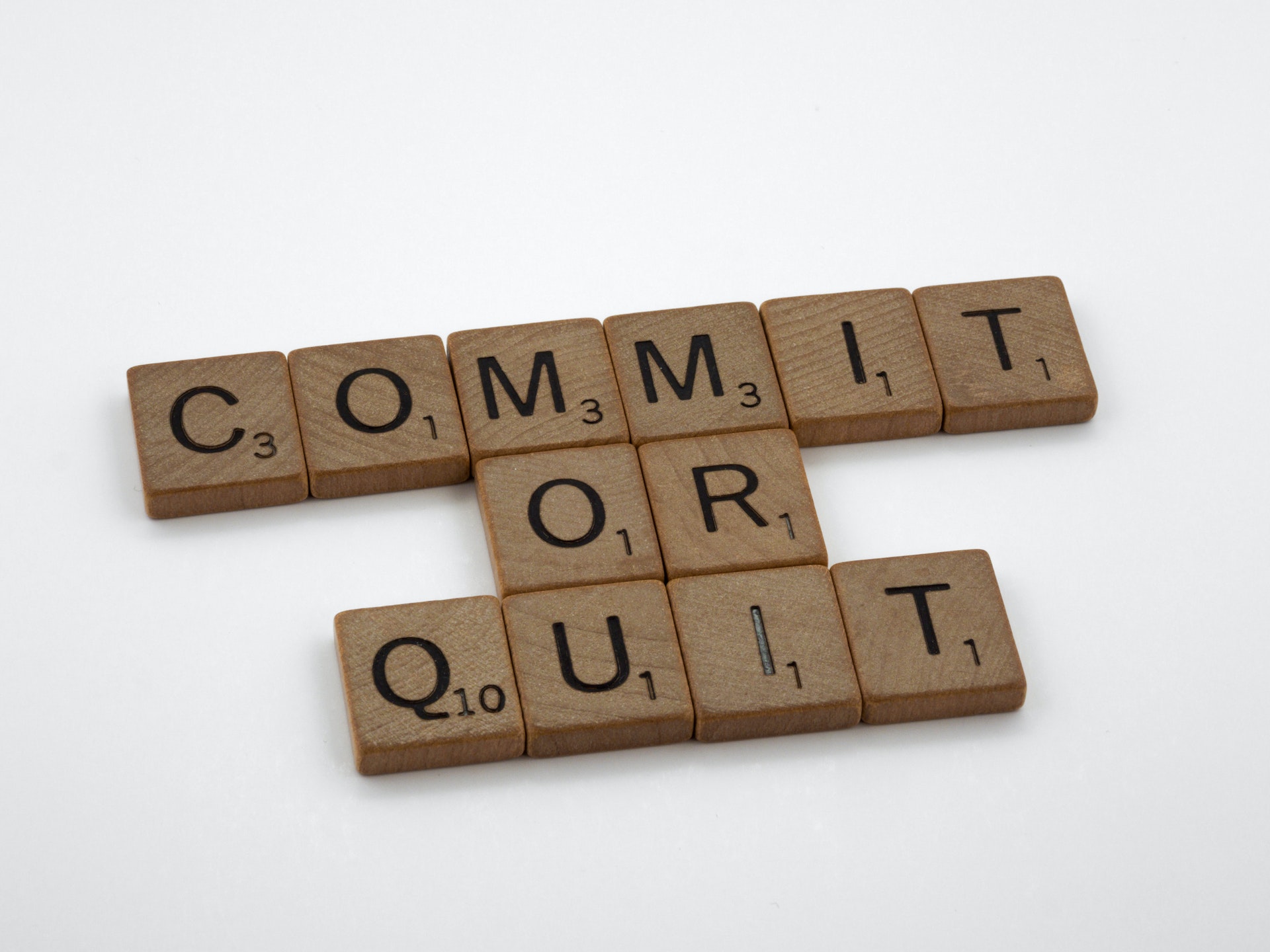 What Quiet Quitting Really Means, and What You Should Do About It 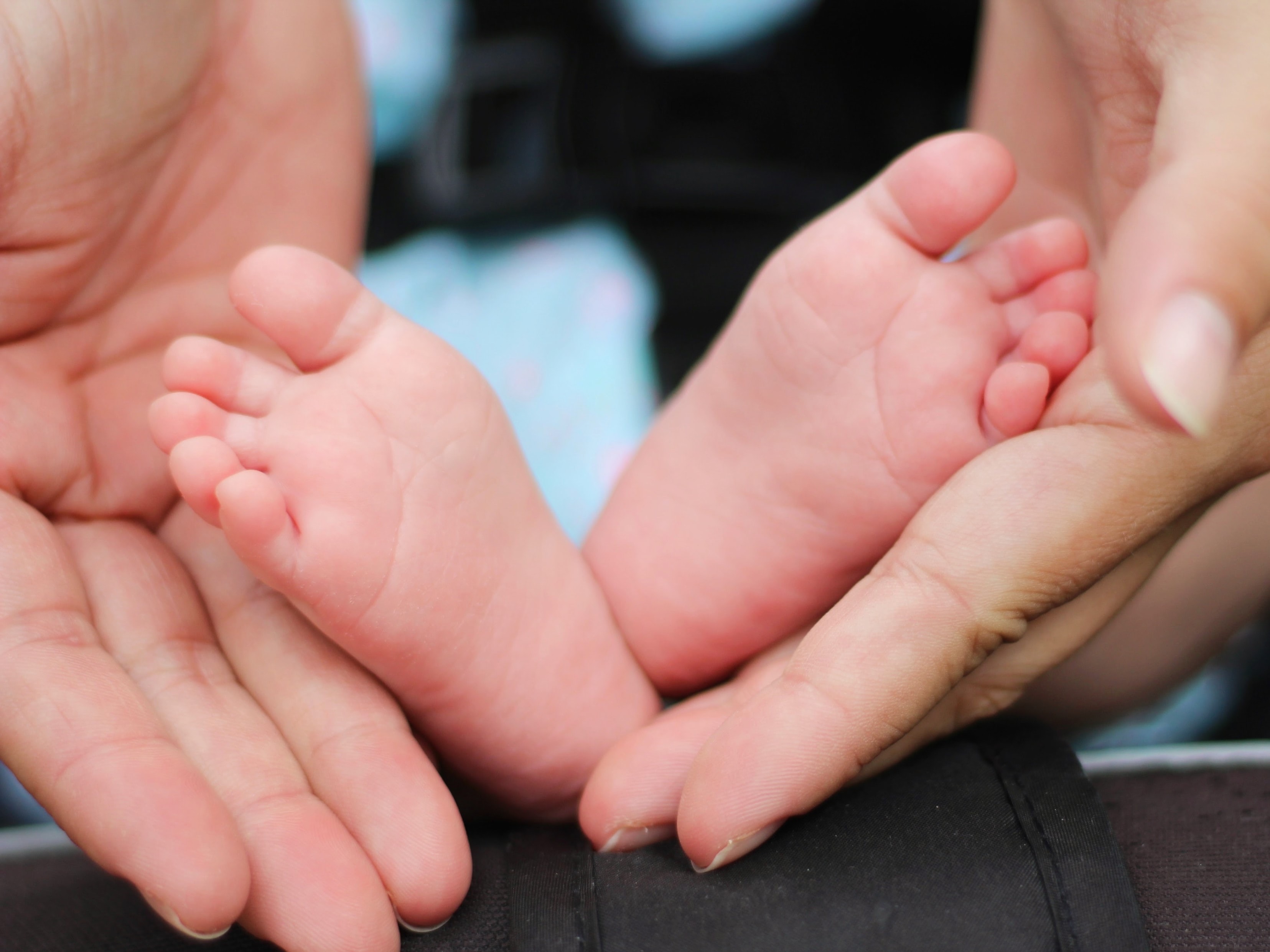 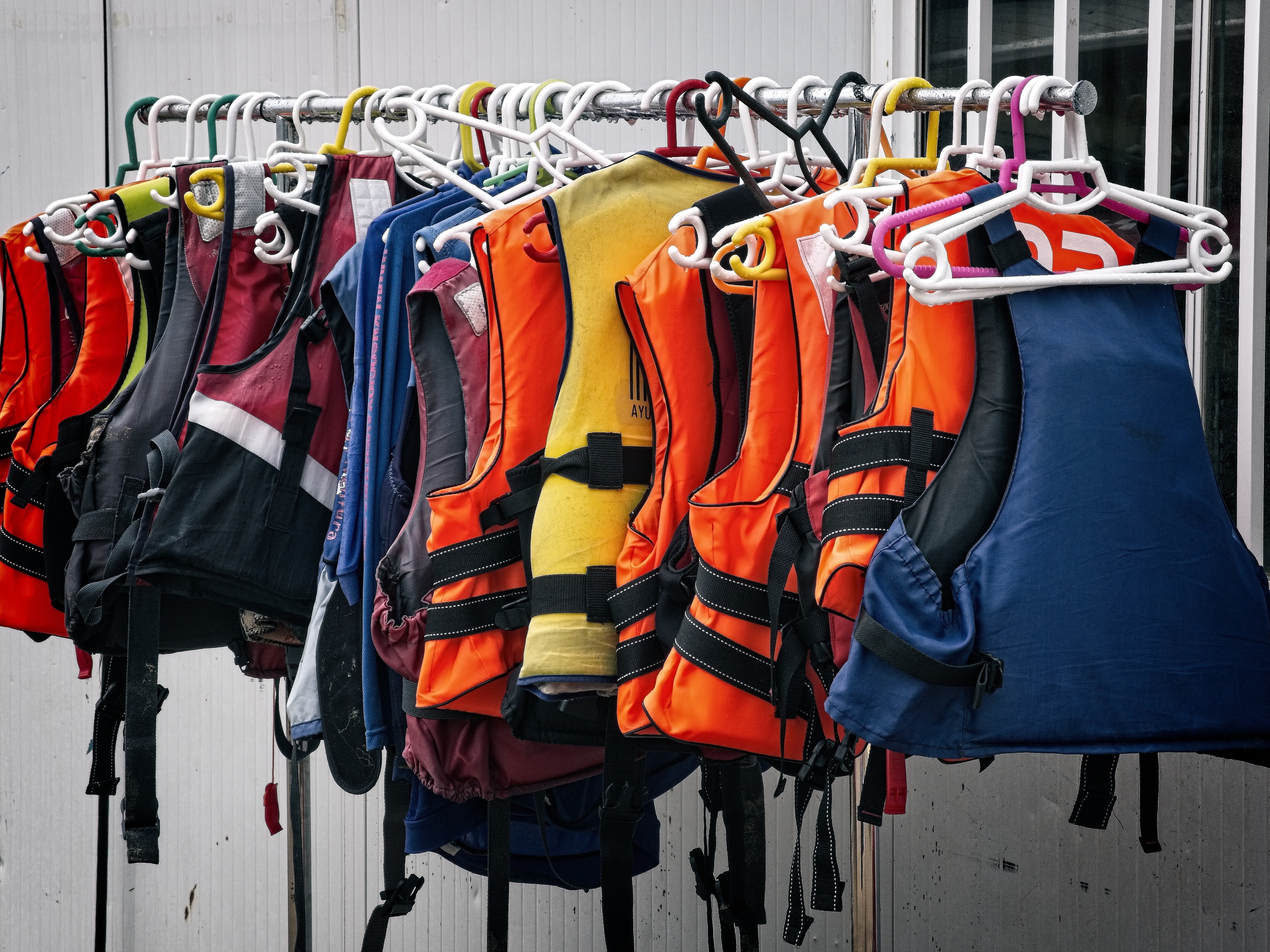 Surviving a Career Crisis: Lessons from the Trenches